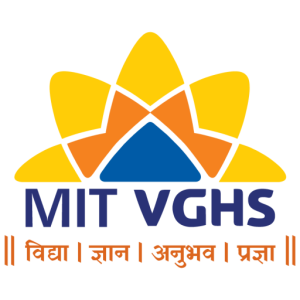 Kothrud (Affiliated to Maharashtra State Board)

MIT Junior College is affiliated to HSC Board under the number 1111047. It emphasizes on the all-round development of the student’s personality through quality education, leading to an excellent career and character.

The name – MAEER’s MIT Group – conjures an image of myriad educational institutes. In this sea of learning, flows a stream by the name of MIT Junior College, which was established in 1994, as a part of the vision of Dr Vishwanath D. Karad. It started with one division of science stream in the premises of MIT School, Kothrud, Pune. It has been successful on various parametres under the able guidance of Dr. Rohini Patwardhan, Principal. Adding a feather in the cap, the department of education granted permission for 3 divisions each, for XI and XII science stream, and one each, for XI and XII commerce stream, in the academic year 1997-1998. All the divisions are functioning as grant-in–aid since 2003. In the year 2007-08, the college got two more divisions in science and one in commerce, on permanently non-grant-in-aid basis. From the humble beginning with mere 88 students, it now has a student strength of 900. In the academic year 2001-2002, permission was granted to start Information Technology and Bifocal courses (Electronics & Computer Science).